Based around early model, American built roadsters, this long running event boasts the largest gathering of pre-1936 roadsters in the world! The club run show has seen numerous venue changes throughout its prestigious life but has comfortably settled into the Pomono based complex since 1980 and holds high acclaim amongst rodders the world over.

END_OF_DOCUMENT_TOKEN_TO_BE_REPLACED 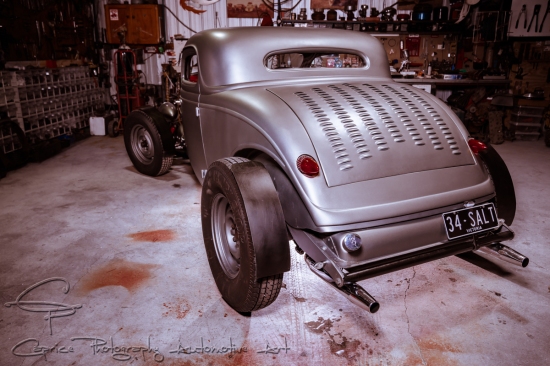 A person of Doug Smith’s vintage carries with them an endless array of ideas and creative forethought brought about by years of hot rodding enlightenment thanks to an early inception into the car crazed scene. END_OF_DOCUMENT_TOKEN_TO_BE_REPLACED

This year’s Australia Day celebrations were made more memorable for Australia’s hot rodding community with the celebration of the Royal Exhibition Building’s longest running exhibit, the Victorian Hot Rod Associations’ hot rod show. This year marked the 50th anniversary of the Victorian Hot Rod show and was celebrated by many of Australia’s motoring enthusiasts by attending the four day event.
Once again the historic and picturesque Royal Exhibition Building located next to the leafy Carlton gardens played host to some of Australia’s top rods and rides displayed in all their glory, pristine and polished and surrounded by decorative displays and lighting. Thousands of doting fans of this popular vocation took the opportunity to spend part of their Australia Day long weekend at the show and take in the visually stimulating sights and sounds of our favourite hobby. END_OF_DOCUMENT_TOKEN_TO_BE_REPLACED

Wild days and wild nights is one way to describe this old school hop-up revival from the fifties and sixties! Thousands of eager rockers and racers converge on the small country racetrack of Newstead in Victoria, Australia keen to take in three days of rowdy music, wild race action and all night partying with sleep coming in a distant second when weighing up priorities!

This year saw the camp site widened and a new track built in anticipation of the influx of numbers allowing campers to spread out and negotiate their vehicles safely around the grounds. Perfect weather leading up to and including the festival meant no bogged van or cars except for those who chose to run the gauntlet on the only stretch of mud to be found on the grassy grounds much the delight of onlookers. Aside from the all-day drags and multitude of bands belting out their repertoire from morning till, well, the following morning, other forms of entertainment this year came in the fashion of a stunt rider taking on a burning ring of fire (although going by the smell of cooking coming from some of the campsites, others may have been doing the same!) END_OF_DOCUMENT_TOKEN_TO_BE_REPLACED 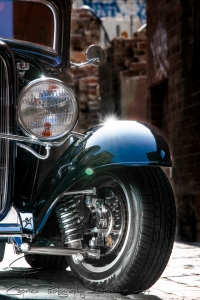 Tough love; yep, another love story. You know how it goes; boy meets girl, boy gets girl pregnant and so on. We’ll not this one! This one is between man and machine. Man being a car enthusiast and the machine is a 32 three window coupe. This romance started back over in the west. The purchase of a fabricated chassis and fibreglass body with widened rear guards from Rods Bods combined with a garage full of parts and dreams and he was in his element. Unfortunately, love never runs true and the marital mat was yanked out from under the rod’s first builder seeing the unfinished vehicle ending up in the classifieds.
Along comes our next enthusiast and second owner of this love scorned rod as a new romance blossoms seeing further dreams brought to fruition through late nights and a consistent cash flow. Once again the hard luck of life steps in. Torn between his thirst for his dream and the realities of life, our luckless rod owner has no other option but to part with his mechanical love. END_OF_DOCUMENT_TOKEN_TO_BE_REPLACED

The borough of Queenscliff once again came alive with the roar of hot rods and customs as they converged on the quiet seaside town for the annual Geelong Street Rodders Queenscliff Rod Run. Over 450 entrants participated in this well-established event seeing them entertained throughout the three days from winery tours, theme park activities as well as cruising the historic town and the massive show n shine on Sunday. END_OF_DOCUMENT_TOKEN_TO_BE_REPLACED

Pick-ups are all the rage among hot rodders these days and the older they look, the cooler they are. The pick-up truck was never designed to be pretty as they are predominately workhorses and need to be tough to handle the daily grind of knocks and scrapes. Having said that, beauty is in the eye of the beholder and when modified, make great rods giving the builder many options as to how they want the finished vehicle to look. END_OF_DOCUMENT_TOKEN_TO_BE_REPLACED

Once again Melbourne turned on the charm for the 49th Victorian Hot Rod show held at the historic Exhibition Building. Upon arrival, we were greeted with an array of beautifully presented rods lined up around the large fountain in the front garden giving those attending what they could expect to find inside. 32s, 33s and 4s just to name a few along with some cool customs and classic rides gleemed in the morning sun as we headed to the main entrance to peruse the elite rides and club displays on show in the main hall.

END_OF_DOCUMENT_TOKEN_TO_BE_REPLACED

It’s a cool look seeing a rod or classic cruising down the highway and it’s even cooler when the fairer sex of our species is behind the wheel, wind in the hair and a pair of cool shades on! To add to the coolness, Tara has just turned 18 and, while most of her friends are hunting down the plastic fantastic for their choice of ride, it’s refreshing to see some Gen Yers still have an appreciation for the old school rides.  Tara is the owner of this super cool 54 Chevy pickup built and customized by her Dad, Lindsay Trevaskis and, as she is studying journalism, I thought who better to tell the story of this ex workhorse come hot rod but the proud owner herself. Take it away Tara. END_OF_DOCUMENT_TOKEN_TO_BE_REPLACED

Last weekend saw the annual Camperdown Cruise fire up once again bringing rockabilly fans from all over the country for the four day festival held at Camperdown in south west Victoria. This historic town opens its doors every year as rockabilly bands from around the world converge on the little town ready to bring a taste of the fifties back to its tree laden streets. END_OF_DOCUMENT_TOKEN_TO_BE_REPLACED