This must be the year for new car shows as our calendars are over filled with options of inaugural or established shows to attend. The Ballarat Turf club in conjunction with the Ballarat and District Early Holden Car club have put on this event with a difference; combining horses with horse power! With plenty of space available for people’s rides, a large turnout almost filled the grassed area and proceeded to enjoy the facilities and activities available to the punters. The children were well catered for with show rides, face painting, Wii games played on a digital screen the size of a truck (no exaggeration!) and children’s songs sung by the Mik Maks. There was also plenty of food stalls on offer for the hungry crowd while trade stands helped us decide what we should do to our rides next.

The GM brand was well covered from a range of 1920s era Oaklands through to the latest Camaro laid out across the grounds with the majority of vehicles being our own Aussie built classics. The quality of the cars on show was high seeing some freshly built cruisers come out to enjoy the Spring weather while the regulars kept up their standards to add a few more k’s under their belts.

As with all things, the success of a show will guarantee it to return year after year and become one of the established shows on our calendar so if you support the Detroit based product, check this one out for next year and even try your luck on the GGs, you might go home richer than you turned up! 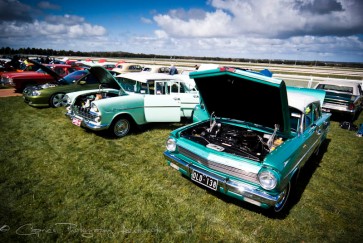 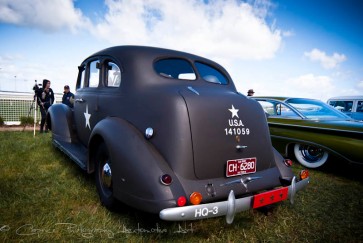 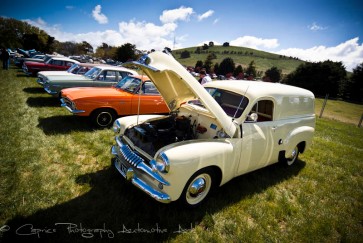 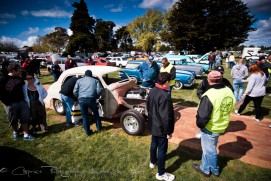 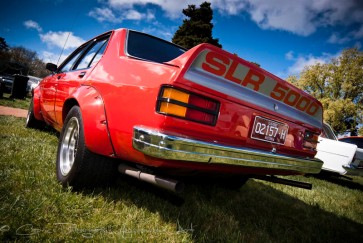 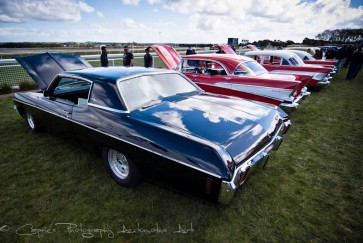 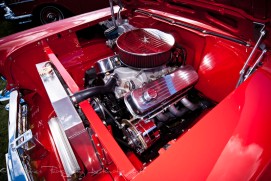 For those who can remember back to a time before Iphones and Facebook, there was a great hangout in Geelong called Kevs Car Park. It was so named because Kev and Jo would be there with their food van cooking up the best hamburgers, doughnuts and other fast foods for the guys and girls who enjoyed spending their weekend hanging laps around town and Eastern beach. Unfortunately, these days are gone and can’t be recreated thanks to a multi-story car park built on top of the hallowed turf.

Having said that, Kev and Jo are still with us and have created a great family day for car enthusiasts alike to enjoy and reminisce about the good ‘ol days while checking out the wide variety of vehicles on show that make up the Geelong and surrounding district’s car scene. Not to be left out, they have given the kids, who may or may not have been conceived during these late night cruises, some great activities to partake in while the St Albans Football Club opened up its kitchen to cook up a storm for the hungry punters.

It was a phenomenal turnout filling the grounds of the football club very quickly helped by some fantastic weather giving everyone an excuse to get their pride and joy out and go for a cruise. It’s also great to see the many young people getting into the scene and who can hopefully take away from shows like this just what it is all about to be part of the motoring community. Maybe they too will one day have a Kevs Carpark of their own in which they can hang out and socialize. You can be guaranteed of one annual Kevs Carpark and that’ll be here same time next year if Kev and Jo have anything to do with it!

Great to see you again, Kev and Jo, and look forward to catching up again next year! 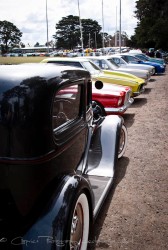 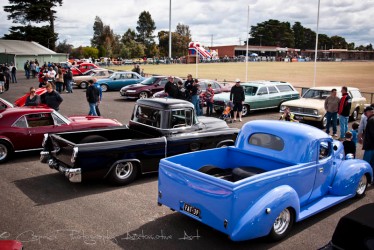 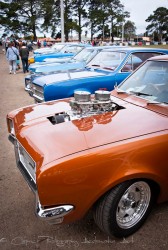 Inaugural car show these days don’t seem to start off small any more. Since the invention of viral media, word spreads fast and a new show can fill the grounds it’s presented on very quickly. Such was the case on Saturday when the Bacchus Marsh Rodders and Buxton Real Estate got together to put on a car show at Hamlyn Banks primary school. By mid morning the grounds were full giving the locals and other car enthusiasts plenty to look at while the kids could enjoy the various play equipment available. A sausage sizzle saw the hungry mouths fed for lunch and a few stalls presented their wares for all to see.

The organizers might need to acquire more grounds for next year if this turnout was anything to go by. Once again, a great fund raiser supported by the motoring enthusiasts and I’m sure it will be repeated again next year. 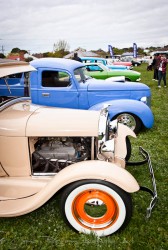 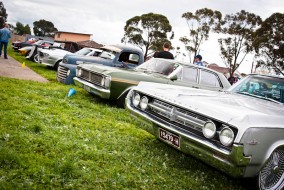 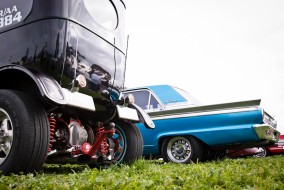 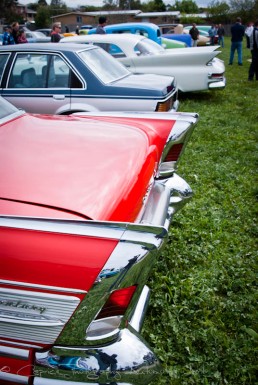 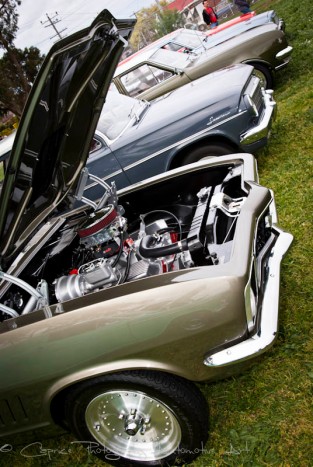 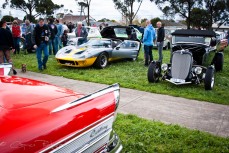