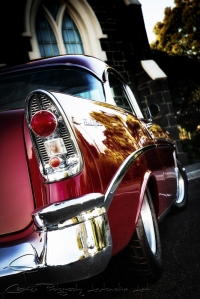 We all have visions don’t we? Visions of the perfect job, the perfect house or for most of us reading this mag, visions of the perfect car! But how many of us are able to turn this vision into fruition? Well, one such person who was able to accomplish this is John and his vision involved one of the classics from the United States; a 1956 Chev! But visions don’t just happen! They’re created from experiences in the field of desire as we make our way through previous visions such as a modified 1968 Toyota, Jags, Fords, a t-bucket and 34 rod John had previously owned. Not that he’s complaining about owning these cool rides but ultimately they were the stepping stones to his final dream pieced together from these experiences. END_OF_DOCUMENT_TOKEN_TO_BE_REPLACED