“I wanted a fifties Chev, always liked 57s and 55s but people already have them, I was always looking on the internet, American Ebay, looking, looking. I punched in Buick and this thing came up. I thought gee I like the look of that!” says Danny Engel, owner of this cherry looking 1955 Buick!

It’s a familiar story these days, we find ourselves perusing the internet, looking for ideas to customize our rides or keen on purchasing a cool classic for sale, here and abroad thanks to this ever growing digital global community. 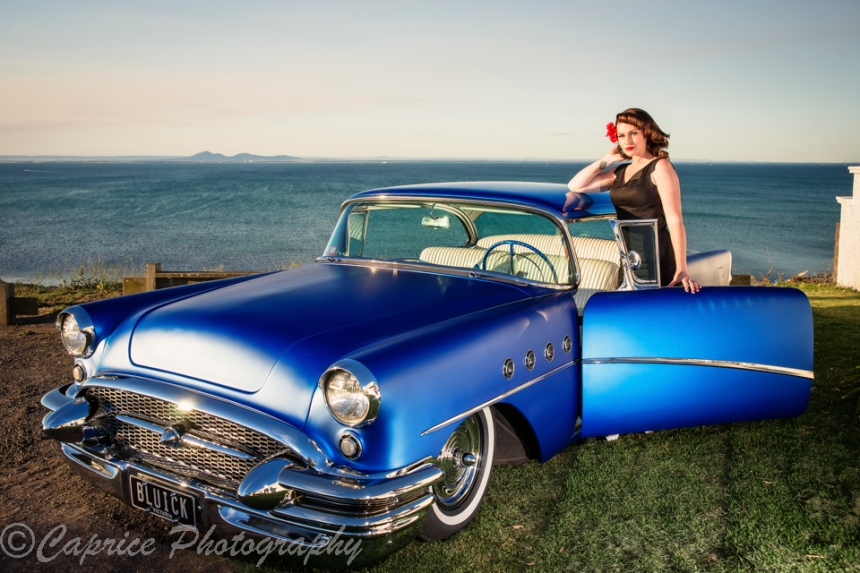 This suede blue Buick Century was reborn back in 2007 down in California’s Southland thanks to the experienced hands of retiree, Russ Mc Burney. With their big open chrome fronts, stylish extended rears, sweeping lines and a then hyped 322 Nailhead V8 powereplant giving Buick it’s only stock car win in that year, they’re a sort after ride next to the shoebox Chevs! Russ came across the basket case Buick while hunting for a new project to fill in his time. Having grown up in a similar ride as a child, Russ had fond memories of these Buicks and decided to relive the past with the help of his son, now 33, thus creating a father/ son project. The build took a couple of years and they found it to be a battle to restore. “These ain’t a mailorder car, especially when you want to keep ‘em all 55 Buick” states Russ! 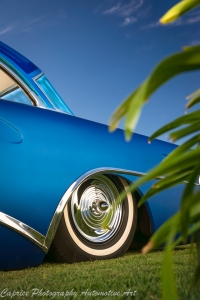 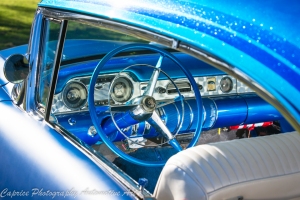 Most of the work was completed inhouse, Russ handled the bodywork including seeing it nosed, decked and shaved before applying the satin paint along with the airbag suspension and other subtle custom mods while a neighbour and fellow enthusiast laid down the flames and high fleck flakes on the roof and dash. The pearl white 1 inch tuck n roll interior was handled by a local upholsterer, Frankco Upholstery.

While it was meant to be a keeper, Russ decided to part with it in 2011 which turned out to be Danny’s good fortune. Danny’s no newbie when it comes to the custom car scene.   “I’ve always been into cars. When I was younger I always had Toranas, early Holdens but always wanted a hotrod, a 32 Tudor. I was in a position where I bought a body and chassis, had the basics there slowly building it. The kids were only young at this stage. Watching the kids grow up thinking by the time I finish this car, four of us aren’t going to fit in it. Michelle and I are tall and the kids are getting tall and Tudors aren’t the roomiest sort of car. I started thinking the trend is turning towards the big American car which is why I ended up selling the hot rod and buying a (1960) Cadillac. I just went on from there.” As stated earlier, Danny wanted something older and scoured Ebay for ideas. He came across the Buick but still owned the now up for sale Caddy. By the time he’d sold it, the Century wasn’t listed anymore but fortune smiled his way thanks to the downturn of the American economy and the Buick was relisted! “When the Cadillac was on the market, the kids were saying, “why you selling it, why you selling it, don’t want you to sell it” but when the Buick turned up “glad you sold the Cadillac for that”” reminisces Danny

Once in his hands, Danny set about tidying up the family’s new pride and joy. “I pulled the interior completely out and gave it a really good scrub. Being a pearl white interior, you could see that it had pearl in it but once I cleaned it, the whole interior just changed again. I basically just cleaned everything up. Made it a car that I just jump in and turn the key and just drive. But I do have plans next winter to pull the motor and box out and fix the standard old car oil leaks.” 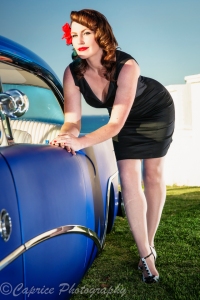 While Danny appreciates the work Russ put into it, the mounting of the airbag compressors was not practical at all! “They were mounted under the floor right where the driver sits but when you turned the compressors on, it was ridiculously loud, because it was solidly mounted, the vibrations were going right through the whole chassis. Also, because the car lay so close to the ground, I thought if the compressors stuff up, how am I going to get to it so I decided to move the compressors to the boot where they normally go.” Danny replaced the previous twins with one larger single unit.

All who know this car, know it as Bluick thanks to the clever number plates! Danny’s wife, Michelle came up with the name. “One day I came home from work and she said “I thought of a number plate for the car”. She wrote it down and showed me. I looked at it and thought I dunno about that. The next day I thought about it and thought, yeah, I like that” thus completing its identity.

As we know, messing with old cars is never smooth sailing as Danny can testify! “I just got it on the road two weeks before the Nationals were in Geelong, that was the first show I took it to. I got a roadworthy done on it and then when I went to collect the car, I was walking up to the mechanics shed and I thought, oh, hang on, something doesn’t look right here. What had happened was he must have hit the airbags and lowered the front down. Then he couldn’t work out how to get it back up and decided to reverse it off the hoist. He bent all the bumper brackets on the front bumper. When I saw it, it looked like the front of the bumper had been nearly ripped off. I’m thinking, great, it’s only a week and a half before the Nationals and I wanted to take the car there. I ended up straightening it up best as I could and afterwards, got the bumper fixed and rechromed.”

As far as Danny’s concerned, this one’s a keeper for him! “We all love going in the car and the young bloke’s at the stage where we’ll head off in the car, go to Chopped, ect.” Once again, this old girl helped strengthen the relationship between father and son seeing them now working together on a VC Valiant wagon! Happy travelling guys! 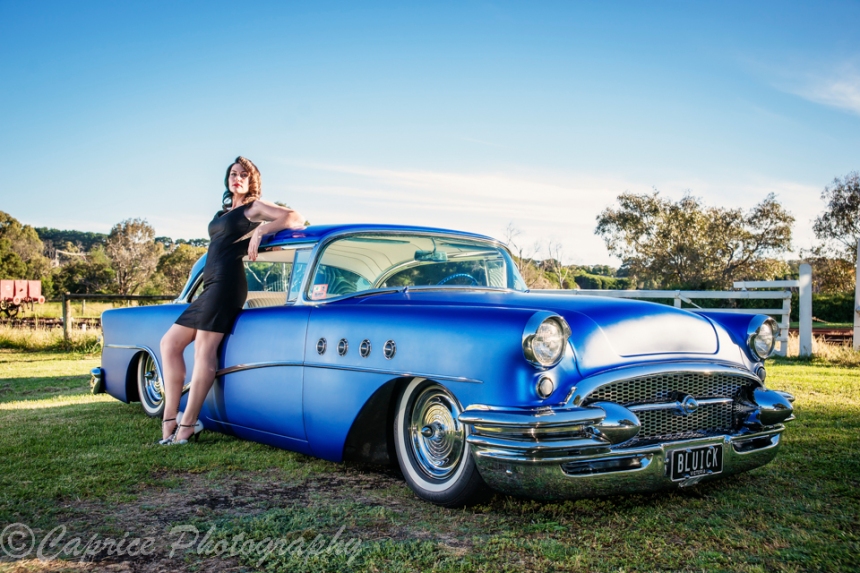